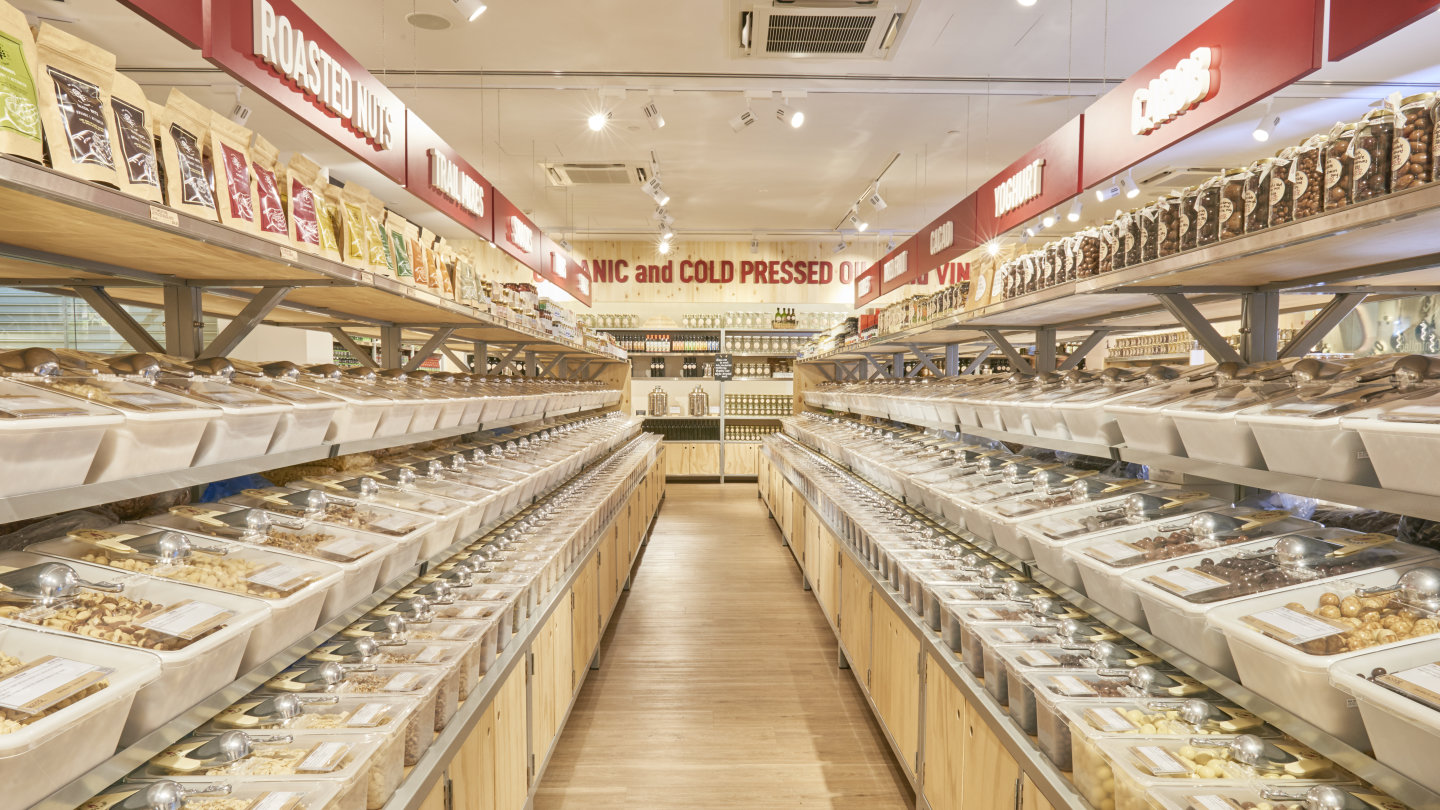 Scoop Wholefoods In The Media

The Australian business taking the war on waste to Singapore

A chance shopping trip in Bondi led an Australian family business to team up with Singaporean retail royalty – and business is booming.

The shopping mecca of Singapore seems like an odd place to find a harbinger of what's been labelled the zero-waste revolution, but those involved have learnt the city-state was more than ready to sign on. Gill Capital knows a lot about retail. From his base in Singapore, founder Jagdev Singh (JS) has built not one but two empires across Asia. When he first came across Scoop Wholefoods a little over a year ago he wasn't sure the model would fly in his home city. But for Sajni Gill, his wife and business partner, it was love at first sight. She was entranced by the high quality and range of the goods sold in bulk, and by the opportunity it gave shoppers to join the war on waste.

Nestled in Merewether's Junction Fair is a little corner of foodie paradise. SCOOP Wholefoods is a goldmine of unpackaged wholefoods, with an overwhelming array of containers filled with all kinds of flour, sugar, legumes, chocolate, tea, spices, everything in between, and plenty of stuff you've never even heard of.

How to rid the food aisles of plastic? It'll take more than milk bottles and the 5p bag charge

What a difference two years makes. Back in October 2017, the BBC’s Blue Planet II aired. The final episode, detailing the disastrous impact of plastic waste on the oceans, was a wake-up call that resonated around the world.

Rewind just two years and there were no zero waste shops in Bristol, despite the fact it's one of the UK's greenest cities. But now environmentally-conscious shoppers have a wealth of choice with plastic-free stores dotted all over the city. Zero Green acted as a catalyst when it opened on North Street in March 2018, with the likes of Smaller Footprints and Preserve following in its footsteps - the latter of which is on the verge of opening its second branch in Redfield. And this week saw the launch of Scoop Wholefoods at the top of Whiteladies Road - the city's fifth zero waste shop - in the unit formerly occupied by clothing brand Phase Eight.